I  know, book blog but Halloween is fast approaching and I am a BIG fan of horror movies so I couldn’t resist doing a post on some of my favorites. This, the first of two posts (I couldn’t limit myself to one), is all about British horror films.

I’m very possibly biased but I truly think that Britain has produced some of the best ever horror films. They do tend to be a little low budget but they definitely make up for it with good story lines and brilliant dialogue. There are a lot of great films but I think these are my favorites.

What’s it about – A group of soldiers versus a pack of werewolves in the Scottish wilderness.

Why I love it – There don’t seem to be many werewolf movies so that’s a big plus and this one while being pretty low budget is really well made. There are a few twists that I didn’t expect, great acting, a decent script and I really liked the military aspects. The werewolves themselves are kind of funny looking, it is low budget after all, but still very watchable.

Fear Factor – It has it’s moments but it’s difficult to take the werewolves seriously when they are so comical looking. 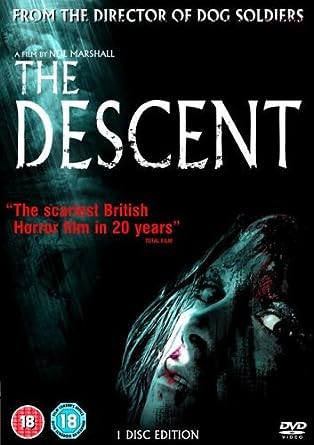 What’s it about – A group of friends decide to go and explore some caves, but they’re not the only ones down there.

Why I love it – It’s dark, it’s claustrophobic, the things in the cave are properly scary and it’s very, very violent. The best thing though is that it’s really a survival story and it is brilliant to watch how each of them react to the situation, firstly when they realize they’re stuck in the caves and then when they realize they’re not alone. Some are all about the team work and others mean to survive by any means possible.

Fear Factor – Pretty high although that could be just me as I’m a little bit claustrophobic and you would never catch me down in those caves in the first place. There’s a lot of shocks, sudden violence and will definitely have you watching from between your fingers.

What’s it about – Zombies!!!! Kind of like the Walking Dead, bloke wakes up in hospital in London to discover most of the population has been infected with a virus.

Why I love it – Zombies!!!! I love a zombie film, they are the absolute best movie monster because they have literally no feelings, no conscience and no sense of self preservation. Also the scene where he initially wakes and is literally the only person on the streets of London is stunning.

Fear Factor – There are quite a few shocks and scares but it’s probably more gory than terrifying.

What’s it about – A group of sales executives on a corporate retreat in Eastern Europe somehow end up at the wrong cabin, the very wrong cabin.

Why I love it – There is a lot of bad language, nudity, sexual references, drug use and over the top violence but it’s hilarious. The humor is definitely dark but it just makes me giggle. Danny Dyer is fantastic in the lead but the other characters are also perfectly cast. There are quite a few who remind me of aspects of my co workers and I love all of the little resentments between them.

Fear Factor – Yeah, there are a few bits that will make you jump and it’s a little bit creepy in places but this is much more about the humor and the violence.

What’s it about – A man decides to turn his moribund life around by winning back his ex-girlfriend, reconciling his relationship with his mother, and dealing with an entire community that has returned from the dead to eat the living.

Why I love it – Simon Pegg and Nick Frost. Do I need to say anything else? OK, I love the humor and just how long it takes the pair of them to realize the world is being taken over by zombies. It definitely makes a very valid point about how we kind of sleepwalk through life not paying attention to the things going on around us. Although I would hope I would notice the end of the world. I also love just how crap their plan is. I’m fairly positive that should there ever be a zombie apocalypse I will probably be the first to go.

Fear Factor – It describes itself as a RomZomCom so pretty low. There is the odd creepy moment and quite a bit of blood and gore but it’s more funny than scary.

So that’s my five favorite British horror movies. Have you watched any of them? What did you think? Are there any you think should be included in this list or that you would recommend?