It’s unfortunately not been the happiest of new years for me as my parents are both ill with flu and I’m starting to feel a bit ropey myself. I did however start reading Happily Ever After by Kelly Oram yesterday and I am absolutely loving it. It’s the sequel to Cinder and Ella which is probably one of my fave books so I was a little wary of it but other than Cinder being a little too perfect (it’s not possibly for someone to be so wonderful) it is brilliant. So fluffy and feelgood.

On audio I’m still listening to Frankenstein, narrated by Dan Stevens but haven’t made a huge amount of progress as I went to see The Greatest Showman at the cinema and have been listening to the soundtrack on repeat ever since.

In addition to most of my family being ill the weather hasn’t been so great over the last week so I’ve had plenty of time for reading. I’ve managed to finish four books and actually wrote up a few reviews and blog posts (it’s a Christmas miracle).

The first book finished, Between the Blade and the Heart,  was unfortunately one of the biggest disappointments of 2017 for me. I loved the sound of this adult fantasy based on Norse mythology but just never really connected with any of the characters. It was probably a little too heavy on descriptions and world building for me.

The second book finished was one of my most anticipated ARCs, Everless by Sara Holland. It’s a YA fantasy set in a world where time is used as a currency, a concept I found fascinating. I wouldn’t say this book wowed me but I did very much enjoy it and for the author’s debut novel it’s pretty impressive.

It felt very fairytale like to me and while the main character did frustrate me a lot (she’s just so naive and trusting I wanted to shout at her) I thought the world building was really well done and there were some very special moments. I will no doubt be reading the sequel when it comes out. 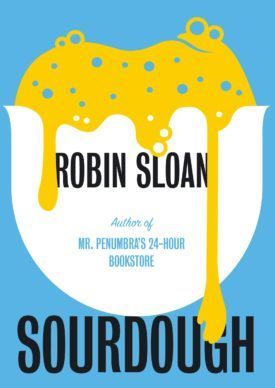 After Everless I was in the mood for something different so picked up  Sourdough by Robin Sloan. This was an ARC I received from Readers First (although I’m pretty sure it’s already out) and is about a young woman who works as a software engineer at a robotics company. She works long hours with very little social interaction until one night she decides to order takeout and develops an addiction to spicy soup and the special sourdough bread. When the brothers behind the takeout have to leave the country they leave her to look after the starter for the bread and she discovers a new passion.

It’s a really quirky story and I read the majority of it in a day. There’s a great mix of technology, baking, a little bit of magic and a lot of weird. I did find myself relating to a lot of it though and there were moments that made me laugh.

The fourth and final book of the week was I’d Tell You I Love You, But Then I’d Have To Kill You by Ally Carter. I loved her soon to be released Not If I Save You First so it tempted me to read more of her books and this is the first in her Gallagher Girls series about a girls boarding school for future spies. It’s a fun read and as long as you don’t take it seriously or look for a lot of depth it’s a really enjoyable read. I’ll no doubt be reading on in the series at some point.

I don’t have any ARC’s that are due for publication soon but both The Belles and The Hazel Wood are sitting tempting me so I may pick one of them up. I also managed to get a copy of Tess Gerritsen’s latest Rizzoli and Isles from the library so I may pick it up instead.