This week my teaser comes from Lady Midnight by Cassandra Clare. I bought the special edition of this a while back but am only now getting around to reading. I loved The Mortal Instruments but was a little less awed by The Infernal Devices so I was a bit wary going into this. I’m currently around a third of the way through and enjoying but not wowed the way other readers seem to have been. It just feels a bit long and slow and I’m not sure I like any of the characters.

Emma looked at the ocean and felt what she always felt: a mixture of yearning and terror, a desire to throw herself into the green cold that was like the desire to drive too fast, jump too high, leap into battle unarmed.

Thanatos, Arthur would have called it. The heart’s desire for death. 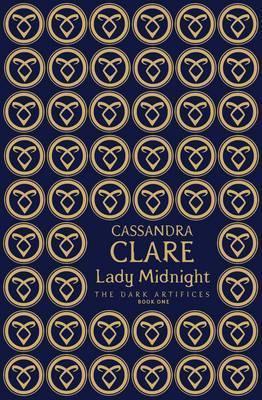 In a kingdom by the sea…

In a secret world where half-angel warriors are sworn to fight demons, parabatai is a sacred word.

Emma Carstairs is a warrior, a Shadowhunter, and the best in her generation. She lives for battle. Shoulder to shoulder with her parabatai, Julian Blackthorn, she patrols the streets of Los Angeles, where vampires party on the Sunset Strip, and faeries—the most powerful of supernatural creatures—teeter on the edge of open war with Shadowhunters. When the bodies of humans and faeries turn up murdered in the same way Emma’s parents were when she was a child, an uneasy alliance is formed. This is Emma’s chance for revenge—and Julian’s chance to get back his brother Mark, who is being held prisoner by the faerie Courts. All Emma, Mark, and Julian have to do is solve the murders within two weeks…and before the murderer targets them.

Their search takes Emma from sea caves full of sorcery to a dark lottery where death is dispensed. And each clue she unravels uncovers more secrets. What has Julian been hiding from her all these years? Why does Shadowhunter Law forbid parabatai to fall in love? Who really killed her parents—and can she bear to know the truth?

The darkly magical world of Shadowhunters has captured the imaginations of millions of readers across the globe. Join the adventure in Lady Midnight, the long-awaited first volume of a new trilogy from Cassandra Clare.