I don’t usually do Top Ten Tuesday but I have a bit more time on my hands this week so thought I’d give it a go. I’m going to try a few different things this week and see how they work.

This weeks prompt is…

Top Ten Most Anticipated Books For The Second Half of 2017

Limiting to ten turned out to be a bit of a problem for me as I want all of the books so I’ve narrowed my picks down to the top ten YA books I’m most excited about.

Now I Rise by Kiersten White

I read the first book in Kiersten White’s Conqueror’s Trilogy earlier this year and absolutely loved it so safe to say I can’t wait for this the second book when it’s released in July. It’s an alternate version of the Vlad the Impaler story with Vlad replaced by female Lada. 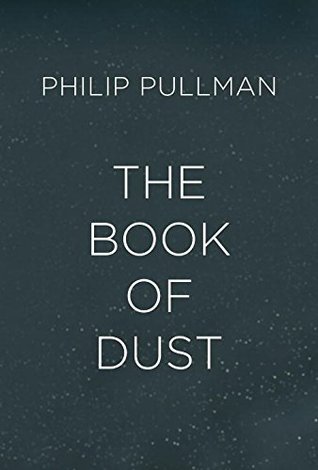 I read Pullman’s His Dark Materials trilogy quite a few years ago and absolutely loved it so again I’m more than excited that the author is returning to the world with the first volume in the Book of Dust. 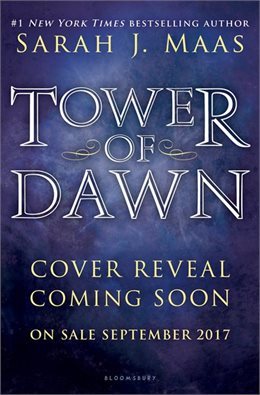 Tower of Dawn (Throne of Glass 6) by Sarah J Maas

While I was really disappointed we’re not getting the actual final book in the series for a while yet I’m very happy that what was originally meant to be a novella about Chaol has ended up being a full length book. Chaol was one of my favorite characters in the early books in this series before it all went a bit wrong. I’m hoping there will be a return of old Chaol and as he’s off to visit the healers I’m kind of hoping one of the characters from Assassin’s Blade will pop up.

There’s Someone Inside Your House by Stephanie Perkins

Honestly the second I heard Stephanie Perkins was writing a horror it went straight on my Amazon wishlist. I love Stephanie Perkins writing style but to date all of her books (as far as I know) have been happy cheery YA romances. I’m very curious to see what she’ll do with a horror plus there just aren’t enough good YA horror stories around.

I loved the Lunar Chronicles, I loved Heartless so I have high hopes for Renegades which from the blurb sounds very superheroes vs supervillains to me. Meyer writes sci fi really well and this will be the first book of her’s I’ve come across that isn’t a retelling or prequel to a fairytale/classic.

Woohoo!!! Another superhero story and this one by Leigh Bardugo. This is the first in a series of four DC Icons books with the other three Batman, Superman and Catwoman being written by Marie Lu, Matt de la Pena and Sarah J Maas respectively.

I’m probably most excited by this one and Catwoman which is out next year as both Bardugo and Maas are brilliant at writing kick ass women.

The Language of Thorns by Leigh Bardugo

I know, two books by the same author, but honestly Bardugo could re write the phone book and I’d probably read it. This is a collection of six stories inspired by myth, fairytale and folklore and based on that alone and that cover I NEED this book.

I’ve read a few of Bardugo’s short folklore inspired stories before and every single one has been brilliant. I think this is one where I’ll be buying a hardcover.

They Both Die at the End by Adam Silvera

To be perfectly honest it was the title that drew me to this book in the first instance. I haven’t actually read any of Silvera’s other stories (despite owning History is All You Left Me) but I do hear lots of good things and it sounds like this has an interesting premise.

I absolutely loved the first book in Rachel Caine’s Great Library series and while the second book  wasn’t quite as good I am hopeful that the next book will be a return to form. I do always find Caine’s writing to be very easy and enjoyable reading and I love the steampunk elements.

If nothing else it is yet another stunning cover.

Our Dark Duet by Victoria Schwab

The main reason I’m ridiculously excited about this book is that I haven’t as yet read the first book in the series This Savage Song. I’ve been kind of waiting for both books to be out before starting as I absolutely hate it when you have to wait for the next book in a series and honestly I have far too many series that I’m mid way through.

So that’s it, my very first Top Ten Tuesday. What do you think? Do any of these books make your list or are there any I should have included and missed.