This week my teaser comes from The Wych Elm by Tana French, a book I received from NetGalley but only got around to starting yesterday. I do love Tana French books but I seem to be having a few issues with this one. Nothing wrong with it (it’s definitely me and not the book) but it starts with a pretty brutal attack on the MC and it’s so vivid and real it kind of freaked me out. Think it may be getting put on the back burner a little longer.

There was something horrifying about being exposed and handled so efficiently and impersonally. He was acting like my body was meat, not attached to a person at all.

8% The Wych Elm by Tana French 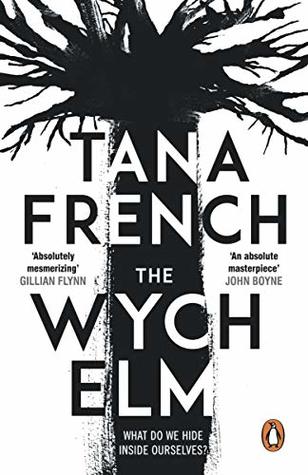 For me it all goes back to that night, the dark corroded hinge between before and after, the slipped-in sheet of trick glass that tints everything on one side in its own murky colours and leaves everything on the other luminous and untouchable.

One night changes everything for Toby. A brutal attack leaves him traumatised, unsure even of the person he used to be. He seeks refuge at the family’s ancestral home, the Ivy House, filled with cherished memories of wild-strawberry summers and teenage parties with his cousins.

But not long after Toby’s arrival, a discovery is made. A skull, tucked neatly inside the old wych elm in the garden.

As detectives begin to close in, Toby is forced to examine everything he thought he knew about his family, his past, and himself.

A spellbinding standalone from a literary writer who turns the crime genre inside out, The Wych Elm asks what we become, and what we’re capable of, if we no longer know who we are.

2 thoughts on “Teaser Tuesday: The Wych Elm by Tana French”