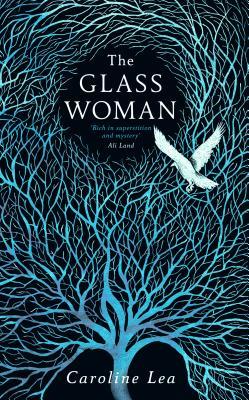 The Glass Woman by Caroline Lea

This was one occasion when choosing a book based on its cover worked out so well. The Glass Woman is a truly compelling and atmospheric read. The wonderful writing weaves together historical fiction, mystery and a touch of the supernatural to create a chilling and addictive read.

1686, ICELAND. AN ISOLATED, WINDSWEPT LAND HAUNTED BY WITCH TRIALS AND STEEPED IN THE ANCIENT SAGAS.

Betrothed unexpectedly to Jón Eiríksson, Rósa is sent to join her new husband in the remote village of Stykkishólmur. Here, the villagers are wary of outsiders.

But Rósa harbours her own suspicions. Her husband buried his first wife alone in the dead of night. He will not talk of it. Instead he gives her a small glass figurine. She does not know what it signifies.

The villagers mistrust them both. Dark threats are whispered. There is an evil here – Rósa can feel it. Is it her husband, the villagers – or the land itself?

Alone and far from home, Rósa sees the darkness coming. She fears she will be its next victim . . .

This was one of those books I picked up on a whim based on a very pretty cover and a blurb that made it sound like just my type of read and boy was I right. There was something so compelling about the writing that from the very first page I was hooked and more or less devoured the whole thing in a day.

The story is set in Iceland in 1686 and begins with the discovery of a woman’s body trapped in the ice off the coast. It then flashes back to six months earlier to another small settlement where young woman Rosa agrees to marry a wealthy stranger who can ensure her mother gets the food and fuel she needs to survive the harsh winter. Rosa has led a relatively sheltered life, innocent and naive she knows very little of the world and even less about her soon to be husband.

Despite this and the rumors around what happened to his first wife she leaves her home and everything she knows behind to start a new life with this man in a remote and fiercely religious community where she is made to feel like an outsider. Isolated and alone, strange things start to happen that make her question just who this man she married is, what he’s hiding, and why the village seem to be afraid of him and his strange apprentice Petur. And I think it’s probably best I stop there as if I say anymore I fear I’ll give something away and I feel it’s better you discover it for yourself.

What I can say is that it’s an intriguing mix of historical fiction, mystery and thriller but with the suggestion that there may be supernatural forces at work. The author picked the perfect setting and time period for this story and the writing is absolutely wonderful. There’s such a great sense of place and it’s very easy to imagine life in this community or in Rosa’s case on the outskirts of it. It’s a cold and forbidding place, with a real feel of remoteness and isolation. From the very start there’s a tense and chilly atmosphere and the author somehow manages to maintain this even when there’s not a lot of action.

The story is told primarily from the point of view of Rosa and follows her as she travels to this strange new place and tries to figure out what’s going on. Interspersed with this are brief chapters set after the discovery of the body, told from the point of view of husband Jon. I did prefer Rosa’s chapters but the little hints and suggestions of what’s to come from Jon do make for an addictive read.

I don’t want to go into too much detail about the characters as again I feel it’ll give too much away but I loved how complex they were and how they developed over the course of the story. No one is wholly good or bad and actually it’s very difficult to get a handle on who they really are and whether they can be trusted. Even Rosa is the typical unreliable narrator as while she’s likeable and comes across as very meek and naive for a lot of the story, she’s also intelligent and determined. She’s superstitious and seems to have an active imagination and a fondness for stories which make it hard to tell at times what is real and what’s in her head.

I did love the way the author worked folklore and mythology into the story and in particular the clash between these old ways and the strict religious beliefs that forbid any kind of superstition or traditional practices, viewing them as blasphemy or witchcraft.

Overall this may not be a fast paced, action packed read but it’s a truly compelling story that had me gripped from the very start till the very end. It was unexpected and unlike anything I’d read before and I kind of loved it.

Thanks to the publisher for providing me with an advance copy via NetGalley. As always all thoughts are my own.

3 thoughts on “Review: The Glass Woman by Caroline Lea”