This week my teaser comes from The Silence of the Girls by Pat Barker, which tells the story of the Trojan war but from the point of view of one of the Trojan royals who becomes a slave. This is a myth that has always fascinated me and I liked this different take on it. I think it’s pretty safe to say it was not a time where women were treated well.

Sobbing, she embraces him and he forces himself to return the pressure of her arms, but the truth is, he can’t wait to be shot of her. The tears of women – even the tears of a goddess – are no use to him now.

63%, The Silence of the Girls by Pat Barker 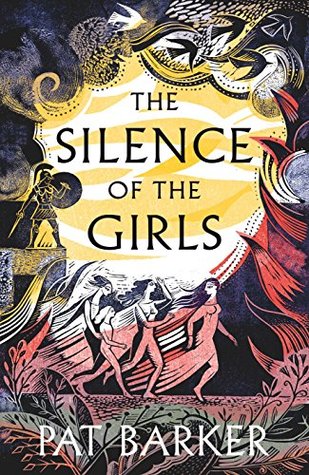 From the Booker Prize-winning author of Regeneration and one of our greatest contemporary writers on war comes a reimagining of the most famous conflict in literature – the legendary Trojan War.

When her city falls to the Greeks, Briseis’s old life is shattered. She is transformed from queen to captive, from free woman to slave, awarded to the god-like warrior Achilles as a prize of war. And she’s not alone. On the same day, and on many others in the course of a long and bitter war, innumerable women have been wrested from their homes and flung to the fighters.

The Trojan War is known as a man’s story: a quarrel between men over a woman, stolen from her home and spirited across the sea. But what of the other women in this story, silenced by history? What words did they speak when alone with each other, in the laundry, at the loom, when laying out the dead?

In this magnificent historical novel, Pat Barker charts one woman’s journey through the chaos of the most famous war in history, as she struggles to free herself and to become the author of her own story.