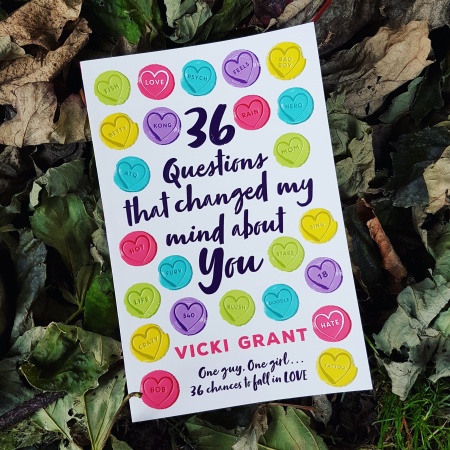 Hildy and Paul each have their own reasons for taking part in the psychology study (in Paul’s case it is the $40, in Hildy’s the reasons are significantly more complex). The study poses the simple question: Can love be engineered between two random strangers?

Hildy and Paul must ask each other 36 questions, ranging from “What is your most terrible memory?” to “When did you last sing to yourself?” By the time Hildy and Paul have made it to the end of the questionnaire, they’ve laughed and cried and lied and thrown things and run away and come back again. They’ve also each discovered the painful secret the other was trying so hard to hide. But have they fallen in love?

As soon as Hildy and Paul started asking each other the 36 questions as part of a psychology study I was 100% hooked. The style of the book is probably not for everyone given that probably 70-80% is pure dialogue (or instant messaging) but it really just worked for me.

Good dialogue is probably what I enjoy most in a book so I don’t mind if there are no descriptions, no musings on innermost thoughts or even much in the way of action. I get so much more out of a couple of people having a chat and in this book it’s done absolutely brilliantly.

I can’t remember the last time I laughed so much, the banter between the two of them was just so funny but very believable. There are a few darker moments but even they are almost instantly flipped to light.

Hildy and Paul are perhaps a little cliched but honestly, in what romance are there not cliches and I feel like the fact they turned out to be different to what they initially appeared was kind of the point.

There were only really a couple of things that niggled me about this book. Firstly, their ages. I didn’t realize this was YA and spent forever trying to figure out how old they were (it turns out Hildy is 18). There were bits that just seemed a bit silly for those ages, Hildy complaining she’s never going to find love for example (she’s 18). Personally I think it may have worked better if they were a little older (college rather than school).

I also wasn’t so keen on the chapters which were in regular prose. I kind of found myself skimming through them to get to the next question and honestly Hildy needs some new friends as Xiu and Max were horrible.

Overall though this was a brilliant read and one I’d definitely recommend. Sweet, hilariously funny and completely addictive. Loved it. And, if you’re curious about what I mean by weird format, here’s a couple of sneaky peeks (yes, there are drawings too). 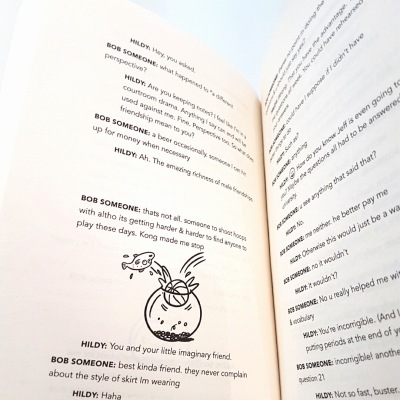 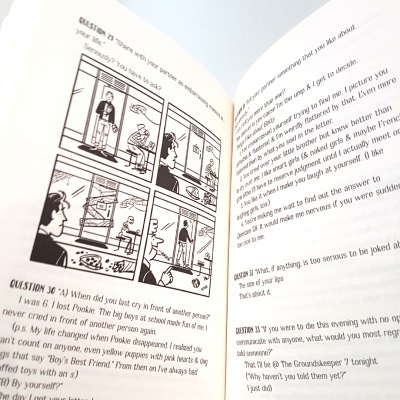 I won a copy of this book in a Readers First Giveaway. This has in no way influenced my review.

Where to Find It

7 thoughts on “ARC Review: 36 Questions That Changed My Mind About You by Vicki Grant”