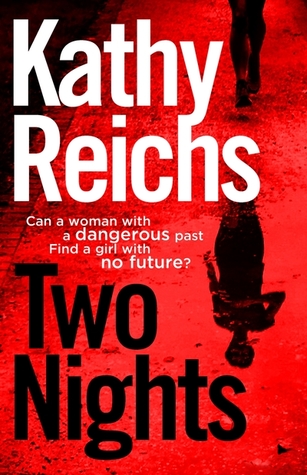 It’s been far too long since I read a book like this. I’m really hoping that contrary to the description the author changes her mind and turns this into a series as I definitely want more of Sunday Night & co.

Meet Sunday Night, a woman with physical and psychological scars, and a killer instinct…

Sunnie has spent years running from her past, burying secrets and building a life in which she needs no one and feels nothing. But a girl has gone missing, lost in the chaos of a bomb explosion, and the family needs Sunnie s help.

Is the girl dead? Did someone take her? If she is out there, why doesn’t she want to be found? It’s time for Sunnie to face her own demons because they just might lead her to the truth about what really happened all those years ago.

Before I start I should probably say that I’ve never read a single book by Reichs and I should also probably say that I’ve never watched the TV show Bones either so if you’re wondering how this compares I’m afraid I can’t tell you. What I can tell you however is that this is a very enjoyable read. Fast paced and action packed but with a lot of detail and some great writing and dialogue, it’s difficult to put down.

It’s one of those very American, cliche ridden stories about an ex cop with a bad attitude who’s convinced to investigate the disappearance of a teenage girl. Sunday Night (yes that is really her name but it totally makes sense if you read the book) is definitely my kind of character. She has the troubled past which she’s burying deep, problems with authority, a need to be constantly armed and a great way with one liners. She’s a risk taker with absolutely no patience and a very short fuse. Basically she’s your usual fictional PI and is absolutely brilliant to read.

The story itself is pretty fast paced with a lot of action and a fairly high body count. There’s terrorism, murder, religious fanatics, child abuse (trigger warning) and a lot of violence and bad language so it’s not for the faint of heart (I’m not sure what it says about me that I love this type of read). Essentially though it follows Sunday as she follows the clues to find out what happened to a missing girl and resolves some of the demons from her past.

The methodical and logical way the author lays it all out is very well done and completely believable. There’s very little in the way of luck or chance, which is often the case in these types of stories, but rather a proper investigation where one clue leads to the next and the next and when Sunday runs out of clues she starts rattling some cages until one comes to her. She’s very tech savvy, open to a bit of breaking and entering and even sets the odd ambush to get what she wants. I did wonder how she could possibly know as much as she did but decided just to go with it.

The other characters in the story are also a little bit cliched (the ruthless rich client, her mentor Beau who keeps trying to help her, the disgruntled detective who doesn’t want her working his case) but they are all executed well and I just took them as part of the fun. Their interactions with Sunnie were probably the highlight of the story for me as there’s a lot of banter and her bad attitude and knack for a good one liner make for some real laugh out loud moments.

There were a few elements of the story that were a little unbelievable and it’s probably not the most unique plot but it is enjoyable. Perfect if you’re looking for something action packed, pretty violent and with a main character who could probably give Jack Reacher a run for his money.

Thanks to NetGalley and the publisher for providing me with an ARC. As always all thoughts are my own.